Blog: Sweating For My Art

Yesterday was The Hottest Day Of The Year: OFFICIAL and CRIKEY but it really was. With temperatures in the mid to high thirties (i.e. so warm it defies understanding - i know 25 degrees centigrade is HOT, but what on earth is ten more!?) it was of course the perfect time to spend two hours in a small room wearing COATS.

For LO! that is exactly what I was scheduled to do, having booked myself and Mr J Dredge into Theatre Delicatessen for some more FILMING. It's great, Theatre Delicatessen - not only does it feature really big rooms for rehearsing in that ALSO double as Actual Offices for filming things, it's ALSO dead easy to get to. Hoorah!

We had a number of tasks to complete, and complete them we DID. The first job was recording John doing a THING for a THING which was PEASY as it didn't involve putting on COATS or JUMPERS. The rest of the session was, however, somewhat different, as we filmed things involving BOTH. I mean, look at us: 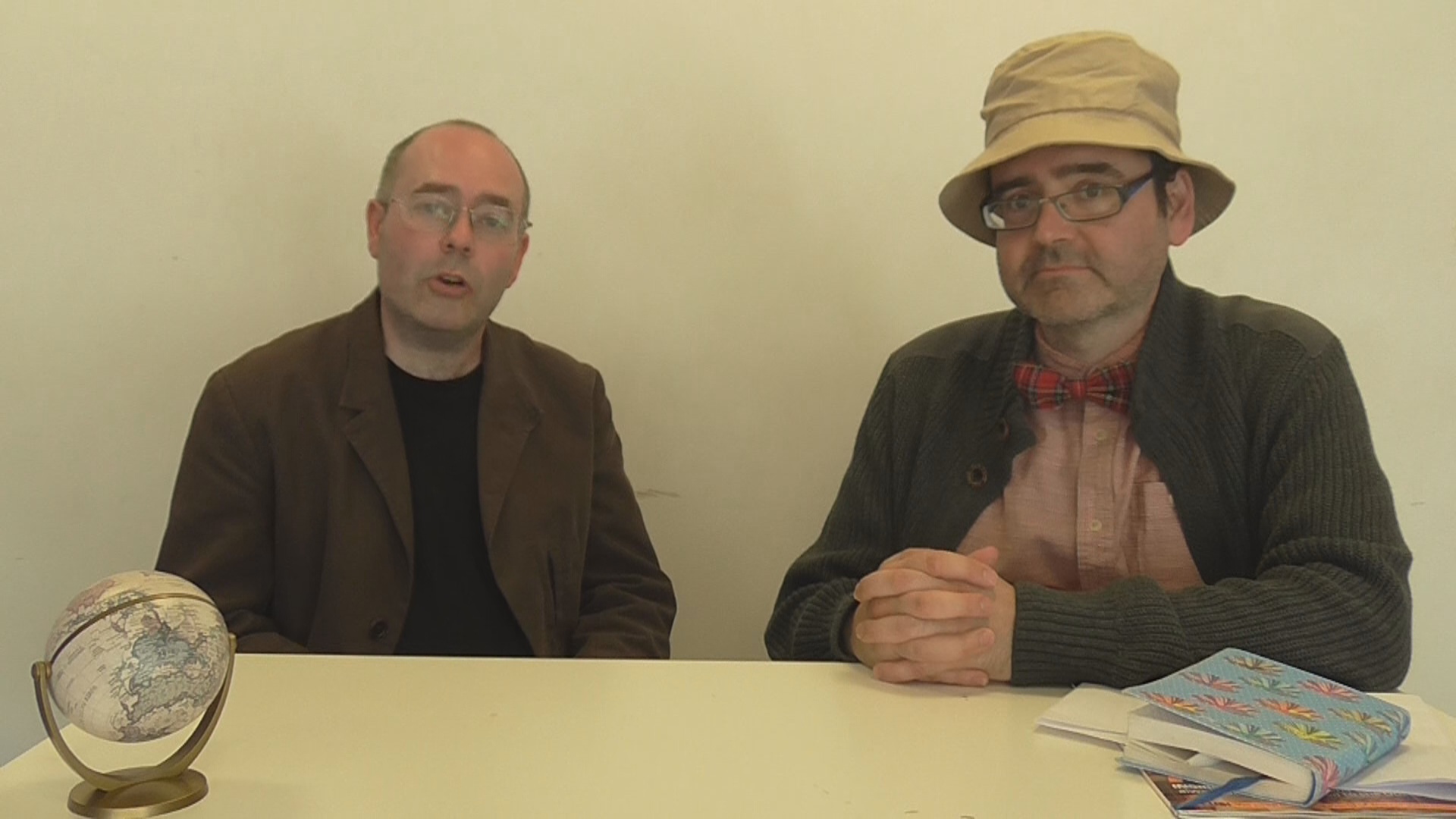 The picture above is for something called "The History of The World in 2,786,402 Items" which we'd had a first attempt at on Hampstead Heath a few weeks ago. That version didn't really work out, but this one DID, even though I was basically MELTING by the end of it.

As we were finishing some people stood GLARING in at the door. John answered to see what they were after. "What time are you in until?" they asked. It was 6:50pm and they'd booked the room from 7pm. What time did they *think* we had it until? People being ODD and slightly RUDE is one of the many things that are the same in ALL rehearsal rooms, theatrical or ROCK, but at least this time nobody came in and stole all our chairs!

On the way out John once AGANE bumped into somebody he knew, then as he was chatting to them some MORE people he knew, doing an entirely different thing, came in too - it was like hanging around with a CELEBRITY! With that done we popped over the road for a quick drink and to plot STRATEGY. The vague idea is to get some stuff in the CAN (so far we have the aforesaid History thing begun, plus "The Shoe Shop Guys" and "Dave The Actor") and then release it in September/October time, once John's podcast series is finished and Stave and I have returned from Edinburgh. That's the PLAN, anyway - it depends on us NOT getting over-excited and launching it all early!