Wednesday found me doing something I haven't done for AGES - waiting for my ALBUM to arrive.

A few years ago, when I seemed to be releasing a CD every few months, this was something NORMAL and USUAL but it's YEARS since we last put an album out so I had to search my BRANE for some idea as to what the experience would be like. A quick skip along memory lane suggested it would be AWFUL, but then again when I waited in for the Hey Hey 16K DVD last month it seemed to go all right, so maybe it would be fine?

As it happened the only thing that went wrong was ME. The first SEVEN HOURS of waiting passed fairly calmly - I had a tracking number, it said "Out For Delivery" on the UPS site, the delivery window was wide open, all was well. It was only when we neared 5pm that PANIC started to set in - what if it had been delivered to the Management Office of our flats, when parcels sometimes go and they don't TELL you? What if it was being delayed until tomorrow, when I wouldn't be in to sign for it? What if they'd already been but our INTERCOM was broken AGANE? PANIC! I emailed the LOVELY people at Key who suggested ringing UPS themselves and, after getting VERY ANNOYED with a ROBOT, I spoke to someone who a) sounded American b) told me it was still on the way. PHEW!

And then, a few minutes later, as if by MAGIC, there was a ring on my buzzer and a UPS chap heading up in the lift. Within seconds I had taken possession of two boxes, containing 500 copies of THIS: 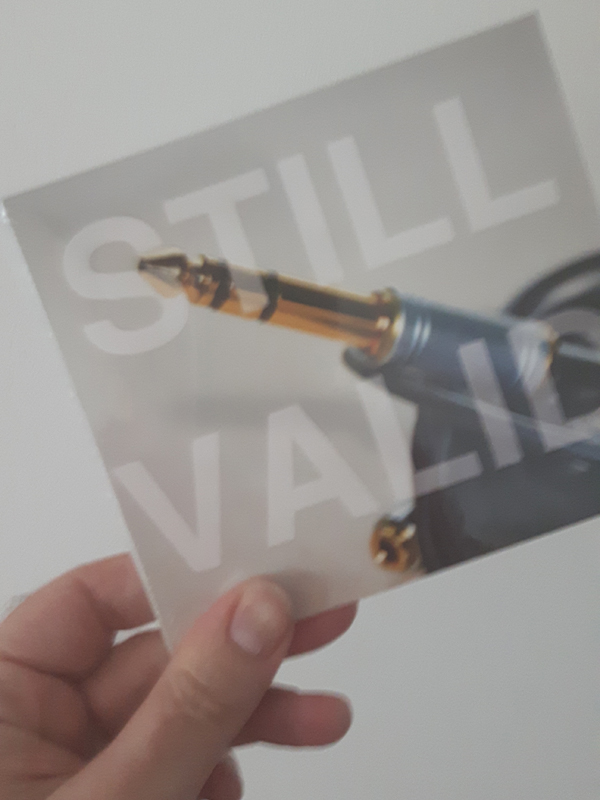 Looks GRATE doesn't it? And guess what? It SOUNDS bloody AMAZING too - during the long years of making and mixing to it I've listened almost entirely on headphones, so hearing it on an Actual CD on an Actual CD Player was one of the very few times I've heard it in THE AIR. As realisation dawned that a) the CDs worked b) they sounded WONDERFUL, it became the most enjoyable listen to it EVER!

As you can probably tell I am QUITE EXCITED now - it won't actually be OUT until the start of July, but I'll be posting review copies out in a week or so and they'll probably be available at GIGS too. I can't wait for people to hear it, it's BLOODY GRATE!!