I've got a GIG! It's the first one I'll have done for about TEN MONTHS (not including my unexpected CAMEO at Gav's Brighton gig in September) and I am Quite Excited.

It's a ZOOM gig featuring a whole host of different people doing Ramones songs, in aid of OCD and Lymphoma reseaarch charities, and when it was first offered to me I thought "That sounds like a lovely idea," and set to sorting out a song to do. A couple of days later i saw a poster advertising who else was doing it and ... crikey! 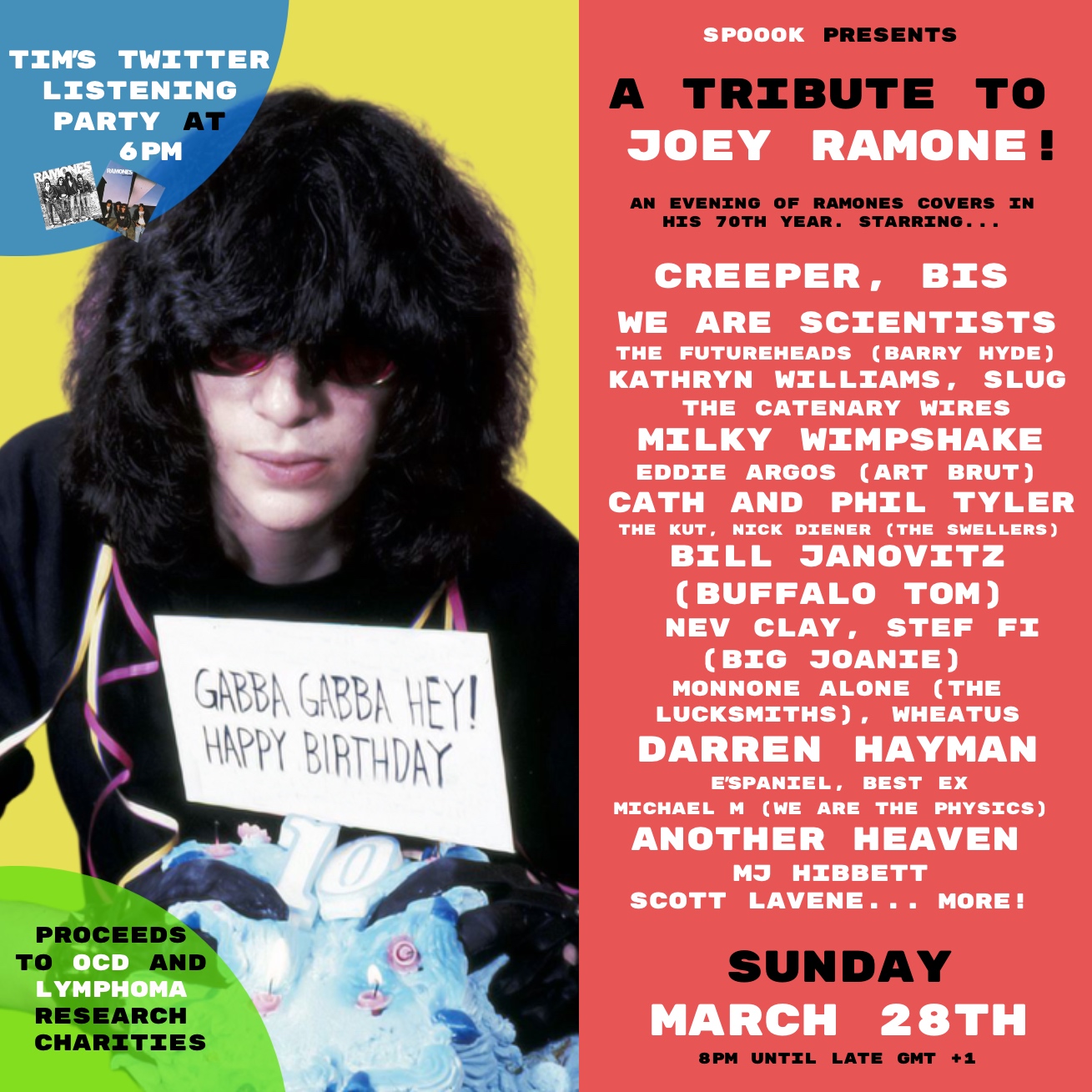 CRUMBS! That is a LOT of people who I have heard of! This made me Quite Nervous, not least because there is ALSO a Tim's Twitter Listening Party leading up to it. Having not done a gig for AGES this feels quite a big step back into The Fray, so I have redoubled my Daily Practice Sessions in the hope that by the end of the month I'll be able to get through it in one go without forgetting too much. You can find out how I get on by buying a ticket, which will also entitle you to see the multitude of OTHER people probably making a much better job of it!